Our board members are community members and leader who share our shared vision and mission. 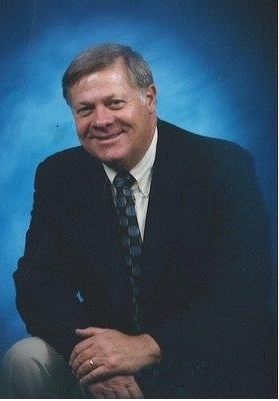 We at the Edna Martin Christian Center mourn the loss of one of our own on September 9, 2017. John “Jay” Douthit had been a board member and was the founder of our golf outing fundraiser. Jay was an avid golfer himself, and visited many golf courses in central Indiana and the Caribbean. Although his health did allow him to participate in our 9th annual golf outing on August 26th of this year, he still brought many of the door prizes to our offices beforehand. His generosity ensured that the event would be fun for everyone. His foresight in establishing our golf outing will help to ensure the future of this organization for many years to come.

Jay was born March 18, 1944, went to Broad Ripple High School, and graduated from Vanderbilt University. He and his wife Susan had been married 47 years and they enjoyed traveling together, and did so even more after Jay retired from the George F. Cram Company.

Jay is survived by his wife, Susan, his brother, Bill, four children, twelve grandchildren, many cousins, nieces and nephews, and in-laws.

When the family asked that memorial contributions should be made to the Edna Martin Christian Center in lieu of flowers, we realized that Jay had been kind to us to the last. They also asked that In Jay’s memory, you should take your kids/grandkids out for a scoop of ice cream at Alexander’s on the Square in Noblesville.